Unisa shutdown set for next week-EFFSC 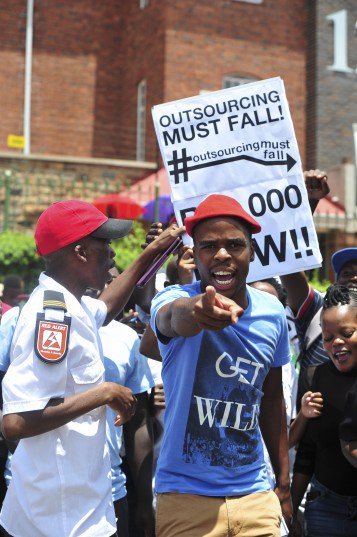 “One of the arrested, was the general secretary of the Academic and Professional Staff Association (Apsa), Boitumelo Senokoane.”-Hlabirwa

Plans for a total shutdown of operations at the University of South Africa (Unisa), are already underway, the EFF Students Command (EFFSC) said yesterday.

The shutdown was initially scheduled for Thursday, but due to wet weather conditions, it was put on hold.

Speaking to The Citizen on Friday morning, EFFSC chairperson at Unisa Neo Hlabirwa said they are planning to ensure that no operations take place at the institution sometime next week.

He accused the university of acting in bad faith, saying at least three people who have been taking part in the stike were arrested.

“One of the arrested, was the general secretary of the Academic and Professional Staff Association (Apsa), Boitumelo Senokoane and this happened on Friday morning.

“The EFFSC chairperson, Ntando Sindane also remain suspended,” Hlabirwa said.
Those arrested are expected to appear in court on Friday.

Hlabirwa also accused the university of reneging on agreements reached recently around outsourcing and other issues.